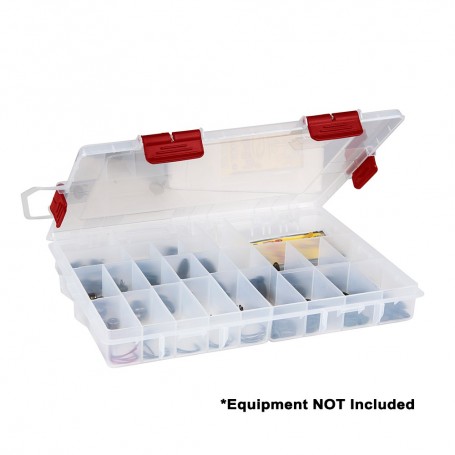 Left unorganized, terminal tackle can quickly become the enemy of every tackle box. The Rustrictor™ Terminal StowAway® brings order to the chaos with 26 fixed compartments for every hook, weight and jig head. But just as important as what you'll put in this Stow, is what we already put in it for you.

The Rustrictor Terminal benefits from Vapor Corrosion Inhibitor (VCI) infused throughout. This surrounds your terminal tackle with 360 degrees of rust preventative to block buildup and corrosion five times longer* than the competition. Simply snap shut, and the Rustrictor Terminal Stow will surround your tackle with a VCI vapor that won't leave any residue, odor or film. Consider your terminal tackle woes solved for good.