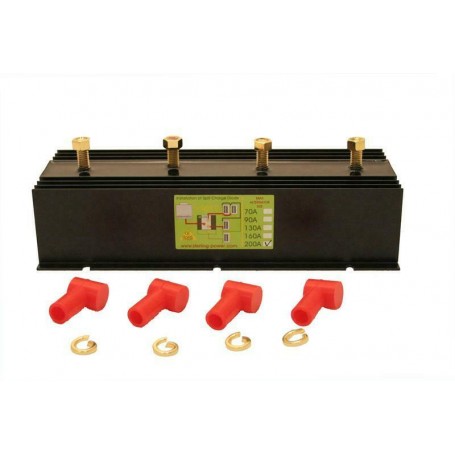 All boats have at least two battery banks, some have three. These tend to be the engine start battery, the domestic battery bank (please note that if you join three or four batteries together in your domestic battery bank it is still one battery), and the bow thruster battery. Having introduced 2-3 battery banks onto your boat, the problem then is how do you charge them from one alternator source