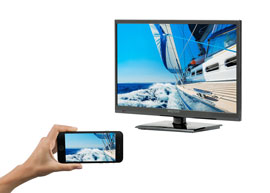 ABU Garcia, originally AB Urfabriken, then ABU Svängsta, is a fishing reel and fishing equipment company founded in Sweden, and is now owned by Pure Fishing of the United States.

ABU Garcia introduced a series of fishing reels and related products in the beginning of the 1950s. The Swedish built ABU 444, the company's first spinning reel, was introduced in 1955, followed in 1965 by the first model of the Cardinal series of spinning reels.